Our footie tipster Paddy Murphy has done all the research so you don't have to. 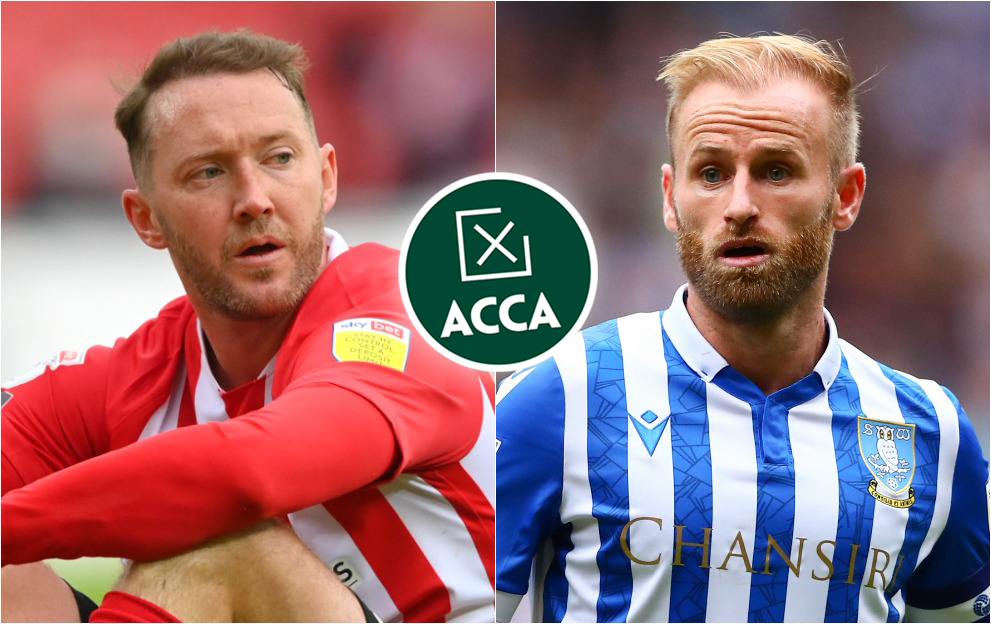 For Tuesday’s football acca we’re getting our gnashers into the Papa John’s Trophy fixtures. We’re gone through all the games and found five matches where there are value bets to be found. There should be plenty of goals around so we’re doing a combined Both Teams to Score and Over 2.5 Goals Acca. Knives and forks at the ready then, let’s get stuck in.

An accumulator on these five best bets pays at approximately 22/1 with Paddy Power. CLICK HERE TO ADD IT TO YOUR BETSLIP.

* All of the games below kick off at 7pm

Crewe are in what we can only call frustrating form of late. Over their last two games they’ve let the lead slip and dropped points. Over their five most recent fixtures they’ve won just one, drawing three and losing one. At home things are a little worse where they’ve won just one, drawing two and losing two, they scored six over those five though.

Wigan top League One with seven wins from their 10 league games. Over their last five, they’ve won three and lost two. Their five most recent away trips have seen them winning three, drawing one (winning it on penalties) and losing one. They scored an impressive 10 over those five and conceded four. You’d expect both to score with those stats but Wigan are by far the better team here and we’re getting good odds to see at least three goals.

Lincoln aren’t looking the best of late, they’ve only won one of their last five overall fixtures, drawing two and losing two. At Sincil Bank things aren’t any better where they’ve also won one, drawn two and lost two. Sunderland are just behind Wigan at the top of the League One table on goal difference and their recent form has seen them winning three, drawing one and losing one.

Looking at their away games only, they’ve won two, drawn one and lost two, scoring seven and conceding five. Lincoln have scored six and conceded six over their five most recent home games. Both Teams to Score is the way here to go with those stats.

Mansfield scored six and conceded nine over their last five at home, Wednesday netted five and conceded six over the same period. You’d expect Wednesday to come out on top here but Mansfield will make things tough and while their form isn’t great they rarely go a game without scoring. We’re going with BTTS. On their away excursions though things aren’t nearly as good where they’ve won just one of their last five, drawing one and losing three. Overs was seen in three of those games. Both teams are in good goal-scoring form, MK Dons have scored 21 over their 11 League One games, Wycombe have scored 16 over 10. We’re backing Overs here.

An all-League Two encounter here and of course, Manchester vs Liverpool. Both teams are in decent overall form of late, Salford have won two, drawn one and lost two while Tranmere have won three, drawn one and lost one. However, at home Salford have won two, drawn two and lost one while Tranmere have been terrible on the road, winning none of their last six on their travels, drawing four of those games and losing two (three if we count penalties).

Overs has only landed in two of Salford’s last five at home and they’ve kept three clean sheets over those five. Overs landed in none of Tranmere’s last five on the road and they failed to scored in five of those six games mentioned above. BTTS: No has the better value here.

* An accumulator on these five best bets pays at approximately 22/1 with Paddy Power. CLICK HERE TO ADD IT TO YOUR BETSLIP.