A ding-dong battle between Man City and Liverpool is on the cards! 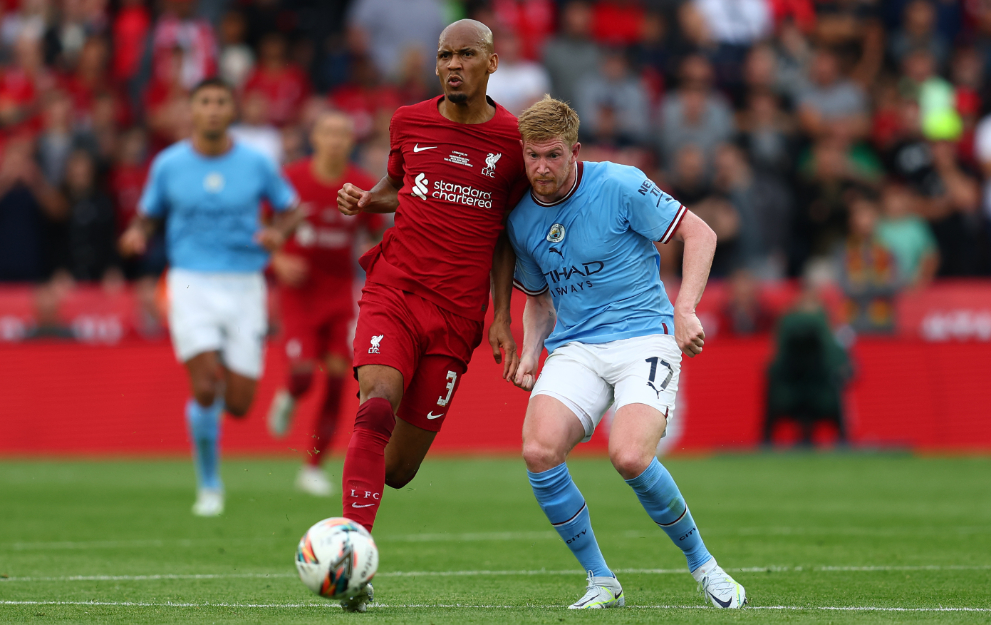 Well, the final day of last season’s Premier League lived up to the hype, didn’t it!

Manchester City’s best efforts at replicating the ‘Agueroooooo’ title triumph ensured they retained their place as the best team in England, but Liverpool ran them mighty close to finish just a point behind as their quadruple dream went to the wire.

Anyway, that’s all in the past as the new campaign is almost upon us and Paddy’s trusty traders have priced up betting markets for the 2022/23 Premier League. If you head to the Paddy Power website you’ll see they’ve turned their attention to the Premier League 2022/23 Outright Winner.

Unsurprisingly, Manchester City have been installed as favourites. Yep, it’s not exactly a wild stretch to think the current champions will retain their title, especially as they’ve added part-human, part-machine Erling Haaland to their star-studded squad.

Liverpool took the fight to Pep Guardiola’s team all the way to the end and are second in our betting to win the title next season. The Reds may have lost Sadio Mane to Bayern Munich but they swiftly splashed the cash on Darwin Nunez and scored a morale-boosting win over City in the Community Shield. Chelsea were the best of the rest behind the top two last season but it’s been an uncertain summer for the Blues amid the transition of ownership from Roman Abramovich to Todd Boehly. They’re also running out of time to strengthen at the back as main man Antonio Rudiger left on a free transfer.

Antonio Conte guided Tottenham into the Champions League but balancing Europe with Premier League commitments provides a fresh challenge for the Italian tactician next year. Spurs have actually backed a boss in the transfer market for once, however, with the likes of Richarlison and Ivan Perisic coming through the door.

A new era will begin at Manchester United as Erik ten Hag pitches up at Old Trafford. A major rebuild is required, however, after finishing a long way off the pace in sixth last term. The will-he-won’t-he Frenkie de Jong transfer saga has also overshadowed the Red Devils’ preparations.

Oh, Arsenal. After bottling fourth place, the Gunners have to deal with the grind of Thursday and Sunday’s matches this year but Mikel Arteta can point to some progress under his management. They’ll have to take a massive step forward to challenge for honours  but the Gunners have extra firepower with new signing Gabriel Jesus looking red-hot in pre-season.