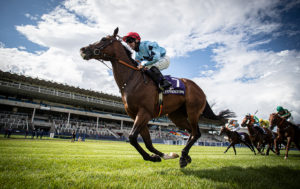 A man is recovering well in hospital after having a Red Arrows aircraft surgically removed from his arse, Paddy Power News understands.

The world-famous aerobatic team were flying over Wembley Stadium around 7.48pm when one of its pilots lost control of a Hawk T1A.

Football fan Ivor Butt was soaking up the pre-match atmosphere ahead of England’s EURO 2020 final clash with Italy in Leicester Square when the plane crash-landed into his backside.

Eyewitnesses saw red smoke billowing from Mr Butt’s backside as he was treated at the scene by paramedics.

Surgeons successfully removed the pilot from the man’s arse after a complicated nine-hour procedure although the Hawk T1A could not be salvaged. ‘The pilot sustained minor injuries but the majority of his pain is emotional’.

‘Mr Butt is recovering well although his haemorrhoids have flared up as a result of the incident’.

‘Unfortunately, the aircraft was in a terrible state’. CARBIS BAY, CORNWALL – JUNE 12: The Red Arrows fly over Carbis Bay and St Ives during the G7 summit in Carbis Bay on June 12, 2021 in Cornwall, United Kingdom. UK Prime Minister, Boris Johnson, hosts leaders from the USA, Japan, Germany, France, Italy and Canada at the G7 Summit. This year the UK has invited India, South Africa, and South Korea to attend the Leaders’ Summit as guest countries as well as the EU. (Photo by Jeff J Mitchell/Getty Images)

Speaking from his bed in the hospital’s specialist drama unit, Mr Butt said:

‘I was enjoying a pre-match beverage with a few colleagues when suddenly I heard the wailing of a Red Arrows jet plane in the skies above’.

‘As I ducked for cover, my trousers fell around my ankles which has left my arse exposed in the process’.

‘That’s when the plane inadvertently crash-landed between my bum cheeks’.

Corporal Adam Fletcher who was flying the plane recalls the moment he made impact with the man’s derrière.

‘I’ve boldly gone where no man has gone before’.

‘No amount of RAF training could have prepared me this’.

‘How I manage to escape with only a few skid marks is nothing short of miraculous’.

Meanwhile, the FA has announced its gift shop will be selling its range of ‘It’s Coming Home’ items with a 95% discounted rate using the promotional code of F**KPENALTIES.