Channel your inner Gareth Southgate and win some cash if you match England's Euro 2020 team to start against Croatia. 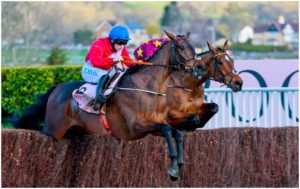 It’s almost time for Euro 2020. Yes, they are still calling it that. England look to have a realistic chance of going deep in the tournament and build on their World Cup 2018 semi-final defeat. But it’s not going to be straightforward.

The final 26-man squad has been announced so attention has now turned to who will start the Three Lions’ opening group game against Croatia on June 13th 2021. If you think you’re in tune with Gareth Southgate there’s cash to be made.

Oh yes, Paddy’s trusty traders have rustled up a special market to let you pick your starting XI. Think Jordan Pickford’s nailed on to start between the sticks? Get him in. Will Harry Kane’s ankles hold up and has wonderkid Jude Bellingham done enough to get the nod? Dig out the waistcoat, it’s your call. Jordan Pickford would have been sweating on his place as No 1 had Nick Pope been included but the Burnley stopper’s injury has made it a relatively straightforward pick between the sticks.

Manchester United’s Dean Henderson heads into the tournament as No 2 after appearing to edge out David De Gea at Old Trafford while West Brom’s Sam Johnstone beat Sheffield United rival Aaron Ramsdale to the third-choice role. England had four right-backs in their 26-man squad before Trent Alexander-Arnold pulled out due to injury. Kyle Walker, Kieran Tripper and Reece James are left but there’s a dilemma over who gets to play in their actual position.

Luke Shaw and Ben Chilwell are battling it out for the left-back role after strong campaigns for their clubs.

Ben White was called up in Alexander-Arnold’s absence so there are five central defenders on the plane. Harry Maguire would normally be one of the first names on the team sheet but the Manchester United man is a fitness doubt with an ankle ligament injury that forced him to miss the Europa League final. If Maguire is unavailable, Tyrone Mings, Conor Coady and White will hope to partner John Stones. The midfield is another minefield for Southgate with Mason Mount and Declan Rice the only two who look nailed on to start. Jack Grealish provides versatility with his ability to play in a number of advanced positions while Leeds star Kalvin Philips seems to be in Southgate’s good books. Jordan Henderson has plenty of experience but his 45-minute cameo against Romania was his first action since February due to injury so a lack of match fitness could be a problem.

Jude Bellingham is the wildcard in the pack after an impressive debut campaign at Borussia Dortmund and the 17-year-old must have impressed in training so could be a bold shout to clock up minutes during the tournament. If Harry Kane’s fit he’ll start and our traders think the same of Raheem Sterling. Phil Foden might be fighting it out with Marcus Rashford for a starting berth but it all depends on what formation the Three Lions play. In terms of back-up to Kane, Southgate’s only other out-and-out No 9 is Everton’s Dominic Calvert-Lewin.

Sterling leads the charge for the wide forwards with Rashford, Jadon Sancho and Bukayo Saka in contention.

So, it’s time to put your money where your mouth is, pick your XI and see if you can solve Southgate’s selection puzzle.