Now for the waiting game. 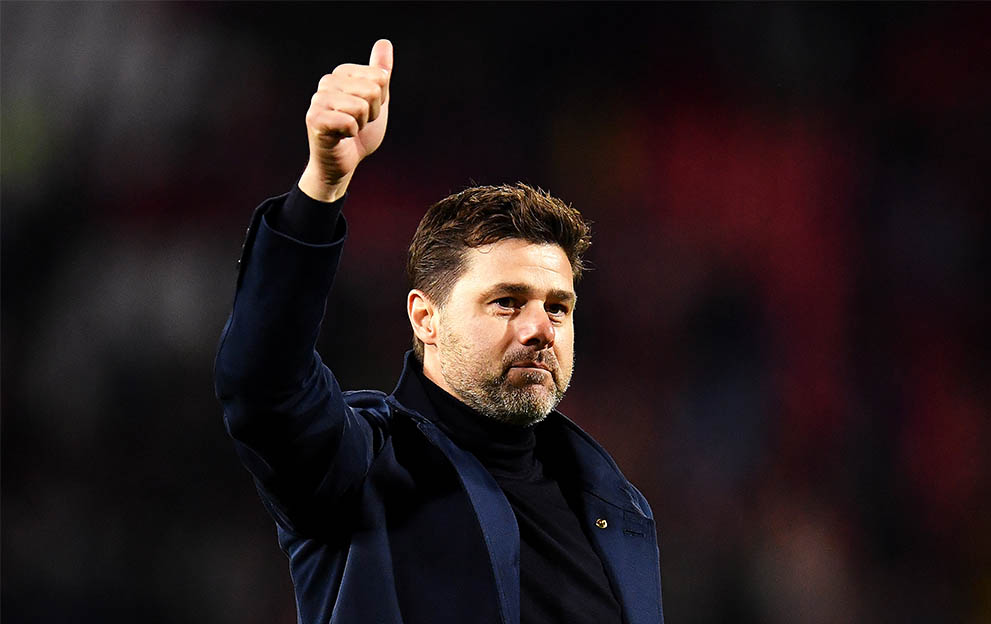 Mauricio Pochettino will find out today if his televised interview for the Manchester United job was successful.

The 48-year-old took the opportunity to formally apply for the manager’s job at Old Trafford while making a special guest appearance on Sky’s Monday Night Football show.

Looking smart in a new suit his mother bought him specifically for the occasion, the Argentine showed no sign of nerves as the interview got underway.

The former Spurs boss was grilled by Sky’s own interview panel including Dave Jones and Jamie Carragher.

When asked where he saw himself in five years, Pochettino replied: “Probably sat here, talking about where it went wrong at United.”

Quizzed about his familiarity with ‘the United Way’, he added: “I believe the ‘United Way’ is this: First, they hire a manager. That manager draws up a list of players he would like to sign and gives that list to Mr Woodward. Then, Mr Woodward throws that list in the bin and spends £250m on players the manager thinks are sh*t. After two years Mr Woodward will sack the manager and handpick his successor. And the cycle continues.”

And when asked if he felt he had any weaknesses, the former Espanyol manager admitted: “Yes, I’m a bit of a perfectionist.”

When the interview was over, Pochettino shook both Jones’ and Carragher’s hands and exited the room. Discussing the prospective candidate with Paddy Power News last night, Jones told us:  “He made plenty of eye contact and displayed lots of positive body language. I was particularly impressed by his plan to lump Pogba on Gumtree.”

Meanwhile, Carragher wasn’t convinced that Pochettino was the ideal candidate to take United where he’d like them to be. In the Championship.

He said: “Ok, he’s got a good solid handshake on him but is he the man to take United to that next level of sh*te?

“When I look at some of the other candidates: your Paolo Di Canios; your Remi Gardes or your Ron Atkinsons, these are kind of names I’d personally like to see linked with the job.”