The 7 most suitable name sponsors for Tottenham’s stadium

The Amazon Stadium could become a reality in north London, but there are far more suitable options out there… As the footballing world as we know it comes crashing down around them, there may be some much-needed good news on the way for Tottenham Hotspur.

The word on the grapevine is that they are close to finally naming a sponsor for their NFL-stadium-which-has-a-big-one-tier-stand-don’t-you-know, a full year after it finally opened its doors and began serving pints of beer poured upwards to supporters.

It’s rumoured that Amazon are close to signing a 10-year sponsorship deal for the stadium, valued at £250m, which would make it the biggest deal of its kind in the Premier League. This arrangement would make sense given Amazon are currently recording a behind-the-scenes documentary about the club’s season – although we can’t imagine the episodes they’re currently filming of Dele Alli sitting on his arse at home playing Fortnite 24/7 will be particularly insightful viewing.

Of course, teaming up with an online shopping company will be the only way that Spurs actually manage to deliver at last, but we reckon there are far more suitable alternative stadium sponsors out there… 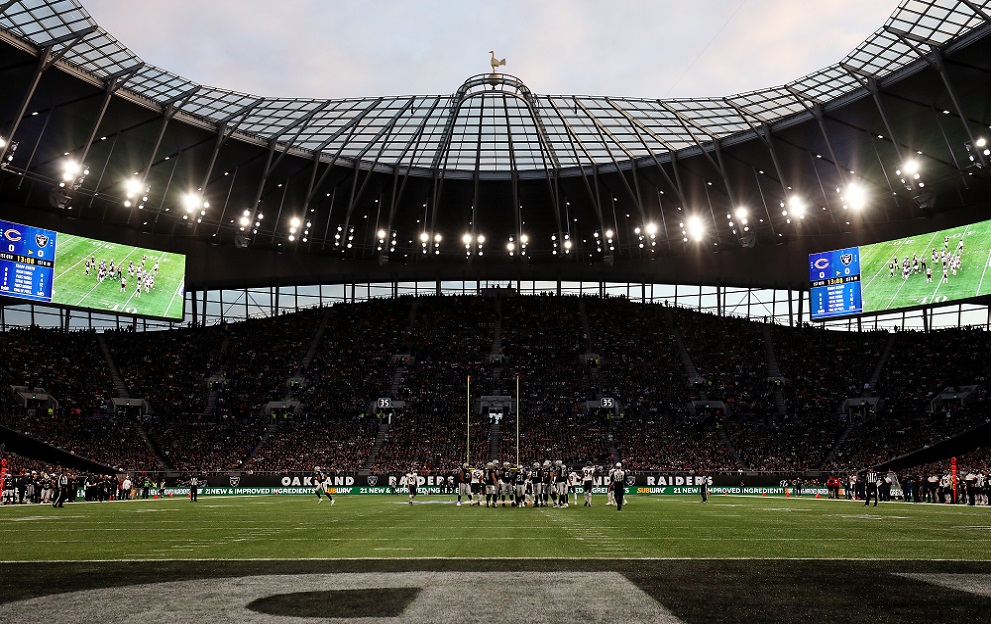 The Swedish flatpack merchants have never agreed a truly landmark sports sponsorship deal before, but the Spurs stadium represents a superb opportunity for them to break that tradition.

Not only are they in the process of wider UK expansion – thus this represents a great way to spread their brand recognition even further – but what better place to do than a stadium that’s absolutely full of empty (trophy) cabinets, just like those eyesore IKEA warehouses. Whether it’s scrimping on player contracts or transfer fees, Spurs chairman Daniel Levy is known for driving a hard bargain and getting the most bang for his buck. Which is exactly the same philosophy a certain Martin Lewis lives by – you know, that annoying fella who crops up on This Morning every other day and tells you how you can save 28p on your week’s shopping bill.

With perfectly matched outlooks shared between the Spurs hierarchy and potential sponsor, it’s sure to be a long and successful partnership. We can’t say the initial negotiations will be particularly exciting, mind… The latest Deloitte Money League listed Spurs as the eighth richest football club in the world, with revenues of £460m. Despite this, the club recently saw fit to place 550 of their non-playing staff on government-sponsored furlough – only to reverse their decision a fortnight later following an outcry from fans.

What that shows, however, is that Spurs are more than happy to rely on taxpayer money if they can possibly get away with it. So we wouldn’t put it past them extending that approach to paying off the stadium, and asking Chancellor Rishi Sunak if the government would fancy plastering their name all over the stadium.

You may think this particular sponsorship is a load of crap (which in a certain way it very much is), but just wait until you see what the stadium looks like from above:

Should the makers of your home’s most-used porcelain take up the naming rights, it would surely represent the most fitting design/sponsor partnership in sporting history. The Armitage Shanks name would fit perfectly around that roof, and Spurs even went to the trouble of erecting a building that resembles a toilet hinge behind it.

As long as Daniel Levy doesn’t take the p*ss during the negotiations, they’ll have a deal that sh*ts on all their rivals’ stadium sponsorships. Hooking up with one of the world’s most popular dating apps would be an unconventional business marriage, but as Spurs have shown by building bars that pour beer upwards, they don’t mind doing things differently.

Partnering with Tinder would make complete sense given both are in the business of regularly producing terrible matches. And on the rare occasion a half-decent one is produced, it’s pretty easy to score. And banging them in is what football is really all about, right?

Even from the very outset of its initial planning stages, the development and construction of Spurs’ new home was beset by problems. Costs spiralled out of control and poor management at the top led to immensely frustrating delays which infuriated all those who were to end up using the stadium.

Indeed, such timetabling runs directly parallel to the operating model favoured by National Rail, making them a most apt stadium sponsor. Let’s be honest: nobody is going to make a greater financial contribution to paying off the extraordinary stadium debt than the England striker when he’s eventually sold off to the highest bidder in the summer.

Naming the ground after Kane would be a truly fitting tribute to the man who not only raised such funds, but also fired Spurs to such recent glories such as the Premier League runners-up spot in 2017, FA Cup semi-finalists in 2018, and of course the unforgettable victory in the pre-season 2019 Audi Cup.