From Sadio Mané to Frank De Boer, this is the only recap you’ll ever need… It’s absolutely batshit to give a manager a job and then bin him after only four matches, unless those matches end in a quartet of double-figure defeats. Yes, Crystal Palace have started badly, but de Boer was always going to need time to implement a cultural change from the Sam Allardyce regime.

And yesterday’s defeat was desperately unlucky. If Palace’s chances had all fallen to Christian Benteke instead of Scott Dann, they’d have won the match comfortably, and we’d all be talking about de Boer turning things around. Let’s be blunt – four defeats from four and zero goals scored is a diabolical start to the season for a club that seemed to be going in the direction at the end of the last campaign. De Boer himself never seemed to be sure about what he was doing at Selhurst Park, adopting the expression of a man who’s bought a car on eBay at 3am and doesn’t even remember doing it.

Maybe his face is just that way. One of those blokes who strangers in the street tell to cheer up because it might never happen.

Trust me, I feel his pain.

Having said that, the blame lies with Palace chairman Steve Parrish. There is nothing on de Boer’s short, hugely underwhelming managerial CV that suggested he’d be cut out for a job in the lower reaches of the Premier League.

Yes, there were signs of improvement at Burnley yesterday, but as three of their next four matches are against the Manchester sides and Chelsea, it’s hard to see when de Boer was actually going to get Palace moving up the table. 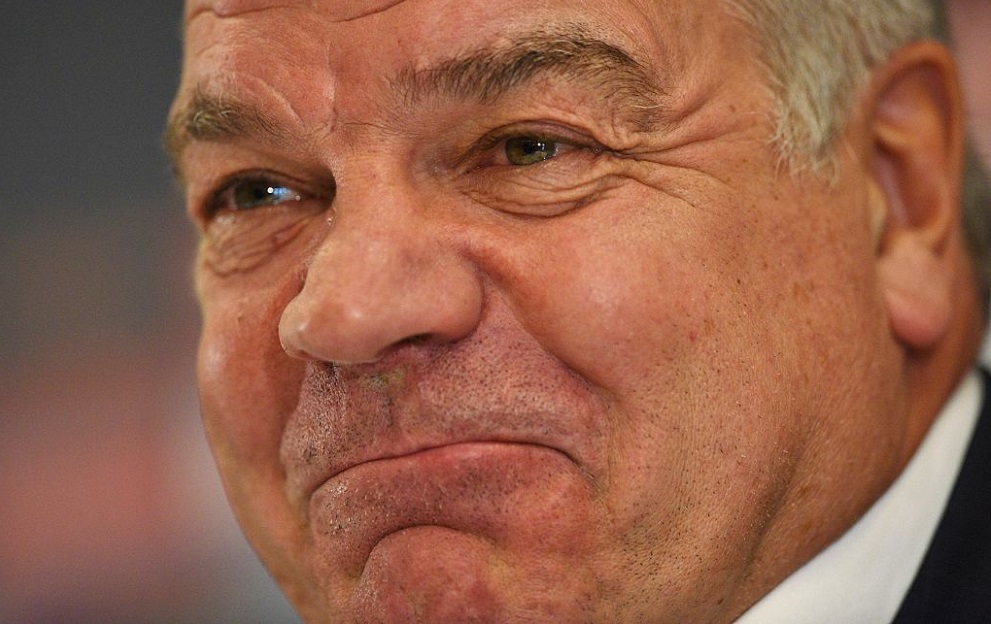 Once again, the catastrophic fallout from letting the big man out of your grasp has been demonstrated, this time at Crystal Palace, where Allardyce turned around an ailing side and guided them to Premier League safety.

Fans of Bolton Wanderers, Blackburn Rovers, Sunderland (and maybe a few West Ham supporters) will agree that it rarely improves once Big Sam has left the building.

We are 4 games in, it's a terrible start but we have to stick together. https://t.co/A8Zu5APcjg

Roy Hodgson’s job is under threat Okay, so he hasn’t even been appointed at Selhurst Park yet, but four games is all you get, Roy – be ready.

The Sadio Mané thing was as red as red can be Forget all this stuff about how there was no intent – that’s not the issue. You can’t look at footage of other red card challenges, when a player ‘jumps into a tackle’ with both feet off the floor, saying ‘well he’d lost control of his body – it’s clearly a red,’ and then ignore the fact that Mané was flying through the air when he booted Ederson in the cheek.

As well as that, the argument that Mané was entitled to go in studs first as it was a 50/50 challenge holds no weight whatsoever – ‘50/50’ suggests some kind of equality of opponent, and there’s no equality between a studded boot and a human face.

Anyone expecting Liverpool to appeal and for the red card to be overturned? No, exactly. Jose Mourinho still needs at least one decent centre back After an easy start to the season, Manchester United were undone twice by Stoke thanks to some shoddy work at the back, with Phil Jones the worst culprit.

Still, Jose managed to deflect attention away from it all by refusing to shake hands with Mark Hughes, so it’s business as usual really.

Don’t go to the bog while the match is on

Genuinely missed the winning goal while I was getting a picture with a hand dryer. What a fucking dickhead. pic.twitter.com/4Ij4ZGtVgy

Sunderland are in freefall A decent start to life in the Championship is already a distant memory for Mackems, and it’s now NINE MONTHS since the Black Cats won a match at the Stadium of Light.

If they’ve learned anything, it’s that spending less than £2million isn’t the way to get yourself out of the second tier, or even to stabilise in it.

The fans have become notorious for walking out of home matches once they’re three goals behind, but it won’t be long until they don’t bother turning up in the first place.