Darts: Get to know Sunday's contestants in the PDC Home Tour

Darts: Get to know Sunday’s contestants in the PDC Home Tour 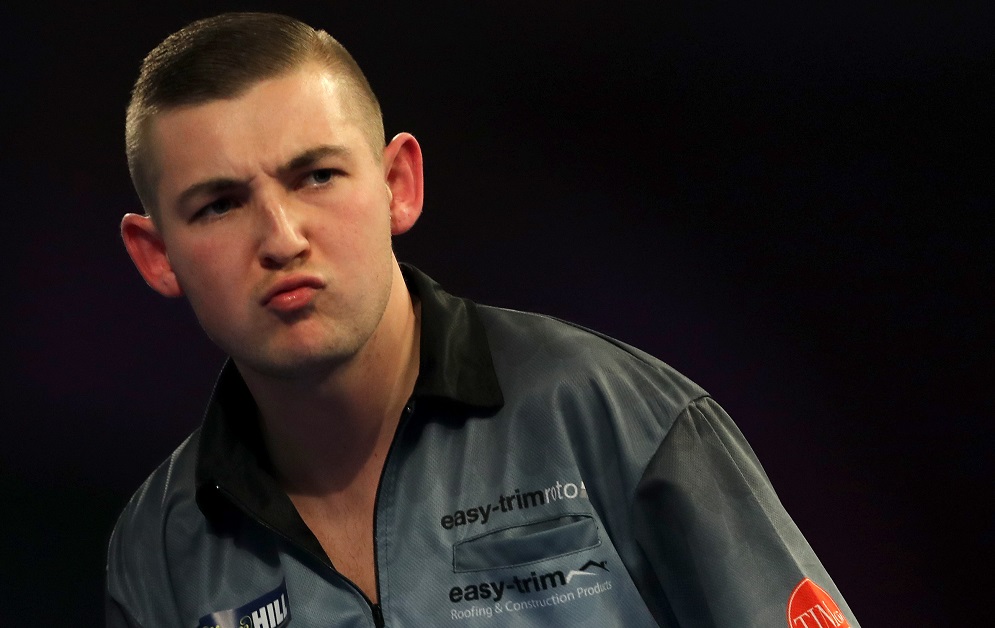 By Graham Temple / Darts / 1 year ago

Nathan reached the semi finals of the World Championships in 2019 and 2010. He won the UK Open at Butlins, Minehead in 2019 beating Rob Cross in the final 11-5.

He’s been playing in the PDC since 2012 but has only emerged as a serious contender in all the big competitions in the last two years. Ryan started his career with the BDO in 2013 before switching to the PDC in 2018. He reached the quarter finals of the 2019 World Championship at the Alexander palace, beating Simon Whitlock and James Wade on the way.

His only notable career victory was the BDO Gold Cup in 2017. He averaged 95 when losing out 10-9 to Gabriel Clemens in the last 64 of the 2019 UK Open in Butlins, Minehead in March this year.

Steve has been playing in the PDC since 2006. His best World Championship performance was in 2011 where he made the last 32 losing to Terry ‘The Bull’ Jenkins 4-1.

He’s never got any further than the last 16 in feature PDC tournaments. He had a nine-dart finish in A Players Championship event in Crawley in 2013.

Simon gained the nickname ‘The Mirror Man’ in a 2014 clash in the West Midlands Derby, matching exactly dart-for-dart three unusual finishes by opponent Darren ‘Hardbox’ Hardyment before eventually winning that minor event. He’s been with the PDC since 2014 and made the last 72 in the 2017 World Championships at the Alexander Palace.

Simon’s best PDC feature event showing was in the 2019 UK Open at Butlins, Minehead where he made the quarter finals. He edged past Dave Chisnall 10-9 in the last 16 of that Championship before losing out to Gerwyn Price 10-5.

Find a full range of odds on the PDC Home Tour over on paddypower.com