Our tipster Matt Gipon has his eyes firmly set on the concluding fight between two of boxing's grittiest competitors. The first two fights between the pair were so close they had to run it back one more time, and this time it’s at super middleweight with all four titles are on the line. Canelo Alvarez mopped up the 168 division and all the belts in the last two years, but for Gennadiy Golovkin it’s his first time competing above 160-pounds.

In his last fight in May, Alvarez dared to be great against light heavyweight titleholder Dmitry Bivol, but the Russian boxer-puncher comprehensively dismantled the illustrious Mexican.

Canelo hasn’t made an excuse for the loss but most people think that his endurance was affected by packing on the muscle.

The defeat to Bivol back in May was only the second loss in Canelo’s 61-fight career – the other came early in his career when, at the age of just 23, he lost to an experienced Floyd Mayweather. But, in most people’s eyes, Alvarez should have picked up at least one more ‘L’ from the two previous contests with Golovkin.

The legendary duo first came to blows in 2017 when ‘GGG’ was the unified champ with a terrifying KO ratio, and Canelo was coming up in weight from being the super welterweight king.

Golovkin seemed to land harder and more frequently, but one judge turned in an infamous and inexplicable 118-110 card in favour of the Mexican.

The rematch the following year was a genuine pick-em bout with Canelo impressively meeting Golovkin in the middle of the ring. The judges gave a mixed decision verdict to Alvarez, and those two results remain the only two blemishes on Golovkin’s 44-bout professional record.

However, ‘Triple G’, 40, doesn’t look like the same fighter of four or five years ago. In May, the Kazakh terror looked old against solid contender Ryota Murata – Golovkin’s footwork was unsteady, he was hurt to the body and he seemed gassed – but he still had the power to pull off a ninth round KO in the Saitama Super Arena in Japan.

I think Gennadiy will be better on Saturday for being back in America and for having blown off the cobwebs, and it’s probably about time he allowed his body to fill out to 168 pounds. But I also think Canelo will be more fired-up and in better condition than he was against Bivol, and as the best body puncher in the business he will target old-man Golovkin downstairs.

The hostility runs deep between these two and they won’t lack for any motivation. It’s going to be another really close fight through eight or nine rounds but then Canelo’s body work and youth will be enough to take over – it’s a tight call whether Alvarez can get the KO but I’m going with the big odds on a late stoppage. ‘Bam’ Rodriguez is not messing about – in 2021 he was just a ‘14-0’ 21-year-old prospect at flyweight, but earlier this year he got an unexpected shot a super flyweight champ Carlos Cuadras and won, and he backed that up in June by blasting-out legend of the lower weights Srisaket Sor Rungvisai.

Gonzalez hasn’t been on the same trajectory but the Mexican, 25, has been steadily improving and, although he’s lost, he hasn’t been outclassed by the top guys. America’s new 115-pound southpaw titleholder Rodriguez is a star in the making, and he’s got rare power at that weight, but I think this weekend he’ll have to settle for a decision victory.

Golovkin’s compatriot Akhmedov is another boxer from the old soviet region who looks like he was carved out of the iron mines. The Kazakh super middle has won 18, 14 by KO, but in 2020 he was stopped in the 12th round after dominating most of the scrap. Akhmedov is a bit too easy to hit at the moment to be considered a potential champion but he has time on his side.

Rosado, on the other hand, is in the twilight of his career. The veteran campaigner has been in with the best, including ‘GGG’, and although he’s lost his biggest bouts he hasn’t been stopped since 2014.

Rosado can be caught cold in the opening rounds but I think he’ll tough it out til the final bell again – back Akhemdov on points.

Williams is one of those fighters gifted with speed and power who maybe has relied on his physical talents too much and not developed the subtler side of the game. The eye-test would suggest that Conway is out of his depth, but the Northampton man has an excellent jab and he’s tough.

I think Conway will find his feet by the middle rounds but Williams will do enough to get the nod from the judges.

All fights Sunday AM, BST 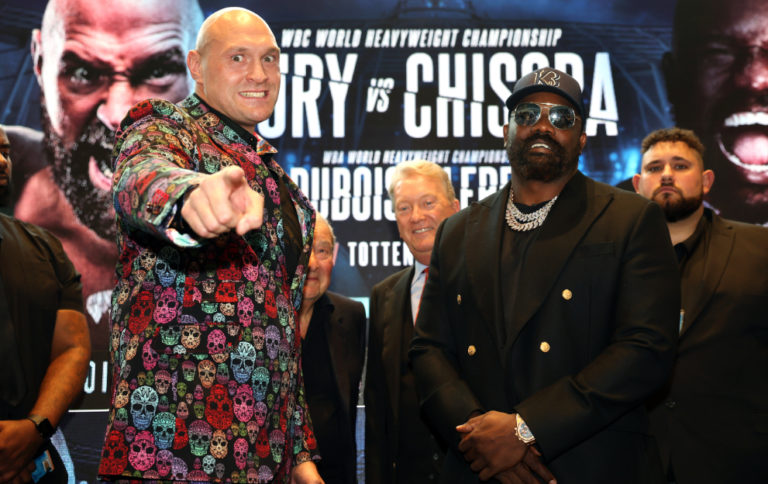