Pretty sure he'll be nominated this time The chances of Tyson Fury being knighted have fallen after the Wythenshawe wrangler beat Deontay Wilder by TKO to become two-time heavyweight world champion.

Our traders have listed Fury as their new favourite for this year’s Sports Personality of the Year award, as his odds have collapsed to 6/4 and look like continuing to shorten. 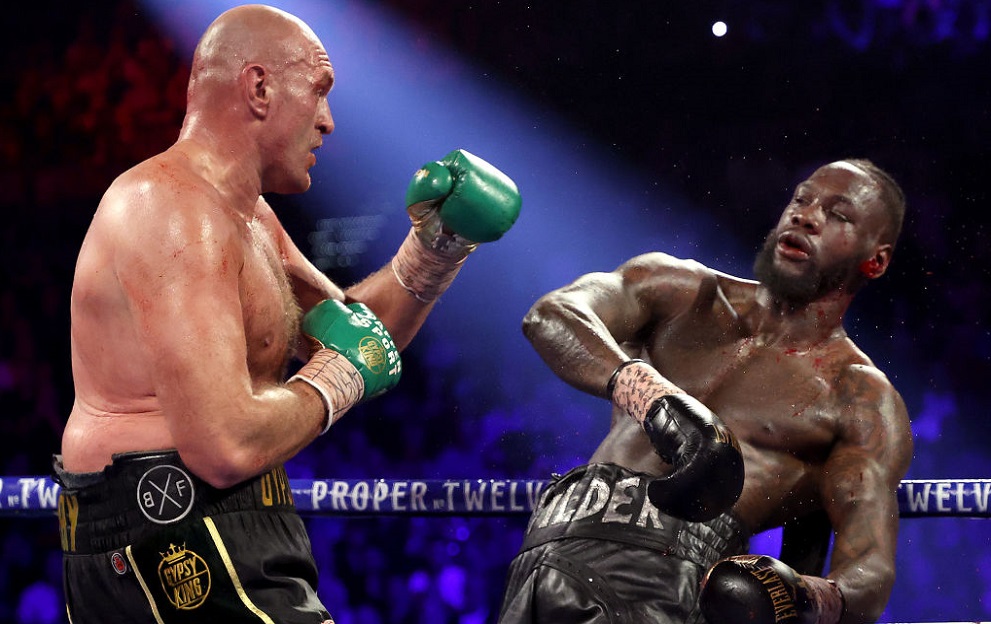 The 31-year-old floored Wilder in the third and fifth rounds before sealing victory by TKO in the seventh in Las Vegas. The defeat ends Wilder’s five-year reign as WBC World Heavyweight champion – and was also the first defeat of his professional career

Our own heavyweight champ Paddy Power said: “Imagine being Deontay Wilder right now. You’ve been hammered by a bloke who came into the ring on a throne, your eardrum is bleeding and you’ve got tens of thousands of fans singing American Pie to you.”

Paddypower.com is a knockout for boxing odds

“The Gypsy King’s unbelievable win has seen the chances of him winning this year’s SPOTY crumble like Wilder’s defences in the seventh round.”

Fury’s been a frontrunner for the award before. Back in 2018, after his famous revival from the canvas in Wilder v Fury I (which we all thought he won btw), the Manc menace was controversially snubbed when the nominees were announced – despite being among the favourites to take the prestigious gong. It eventually went to cyclist Geraint Thomas.

But punters were so outraged that the Gypsy King had been denied another crown that Paddy felt it was only right to refund all bets on the heavyweight hitter.

Let be honest with ourselves 🙏

How is Wilder gonna unlock his phone with his face recognition after what Tyson Fury did to him 😭😀😭🤣#WilderFury2 pic.twitter.com/KVr1AJWlGA

The cheeky champ has a gift for getting under his opponents’ skin, but there’s surely no way he can talk his way out of the SPOTY showpiece for 2020, is there?

All he has to do do is show them the belt.

And, while talk after the fight was of a possible fo third showdown with Wilder – Fury’s really beaten him twice though, who needs a third – a potential all-Brits showdown with Anthony Joshua seems more likely.

Now wouldn’t that be something. It might even be on telly before midnight!

Go the distance with PaddyPower.com on boxing